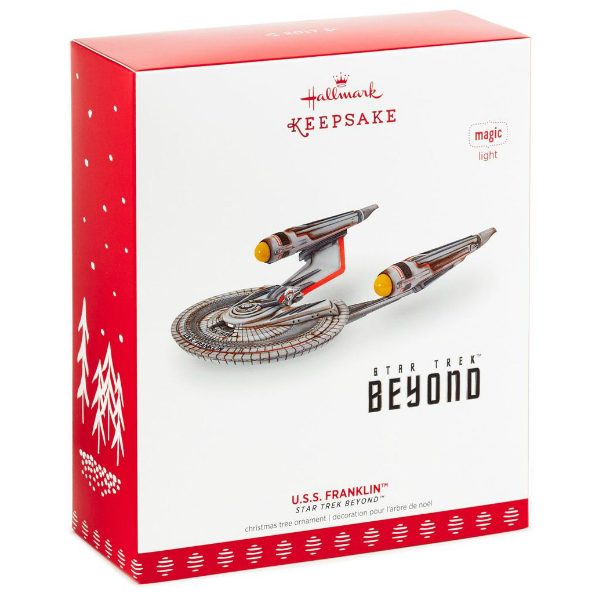 Item is an open box product. Item shows some discolouration and dirt in areas which is intended to represent the back story of the ship. The box shows minor damage on corners with dents, fraying and tears and creases on the sides. Included batteries were used to test item. Item has been fully tested to verify it is functioning properly. Please see all provided photographs for a visual representation of the item you will receive.

Discovered half-buried on an alien world more than a century after its launch from Earth, the U.S.S. Franklin proved its worth to Captain Kirk and the stranded crew of the U.S.S. Enterprise in 2016’s STAR TREK BEYOND. This Christmas ornament brings the ship to life with handcrafted detailing and lighting effect. Battery-operated light feature includes three replaceable LR41 batteries. Learn more about Keepsake Ornaments.