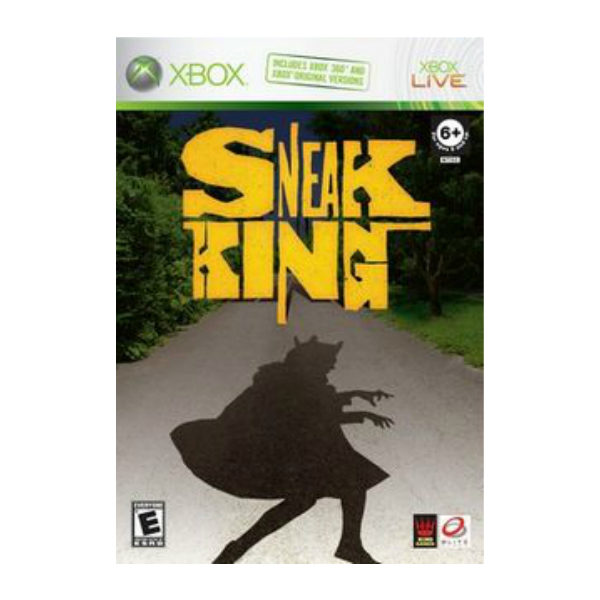 Item shows signs of average use and includes case and game manual. Disc has been professionally resurfaced and has a mirror like finish with no scratches. Some minor buffing markings may remain. Please see all provided photographs for a visual representation of the item you will receive.

Sneak King is a stealth-action game, released by fast food chain Burger King as part of a 2006 holiday season promotion. Players take control of the marvelous, magical Burger King himself, to sneak up on everyday people and present them with Burger King food when they least expect it. As with Big Bumpin’ and Pocketbike Racer — the other two titles released in the promotion — the Sneak King disc actually contains two complete versions of the game: one for play on the original Xbox console and the other for play on Xbox 360. Sneak King was developed by Blitz Games, a studio known for its work with licensed properties in games such as Chicken Run, Bratz: Rock Angels, and Pac-Man World 3.