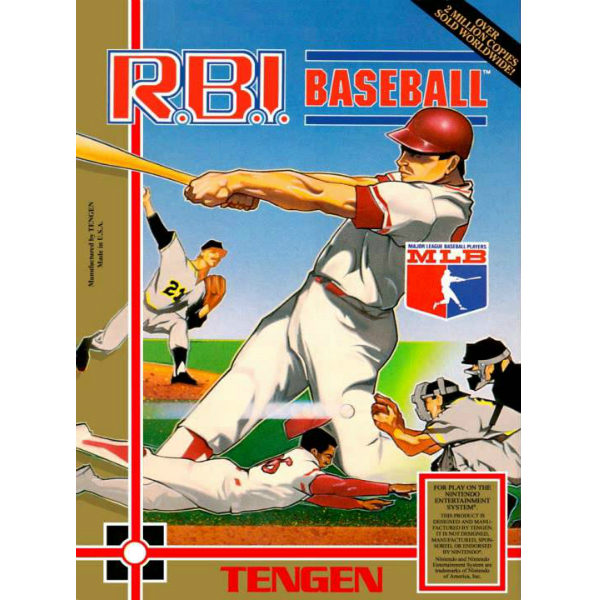 Item has slight scuffing on the back and shows signs of average use. Please see all provided photographs for a visual representation of the item you will receive.

R.B.I. Baseball from Tengen is a classic game. Also known as Pro Yakyuu Family Stadium, the U.S. version retains all the same gameplay features as the Japanese version. However, this baseball game for Nintendo did something no other game had managed to do at the time. R.B.I. Baseball was the first console game to include a license from the Major League Baseball Players Association. This license means that the Nintendo game can use actual player names instead of pseudonyms. With a release date of 1989, you can enjoy a burst of nostalgia looking through the roster. This NES title features MLB All-Stars like Jose Canseco, Roger Clemens, Nolan Ryan, and Mark McGwire.Each of these athletes has their own unique statistics based on their real performances during 1988 and 1989. For example, Nolan Ryan will pitch faster than any other pitcher in the title. When you need someone to get a home run, put Mark McGwire up to bat. Players are rated on their hitting speed, pitching speed, and running speed. R.B.I. Baseball for the NES is also one of the first titles on the console to add realism elements to the game.