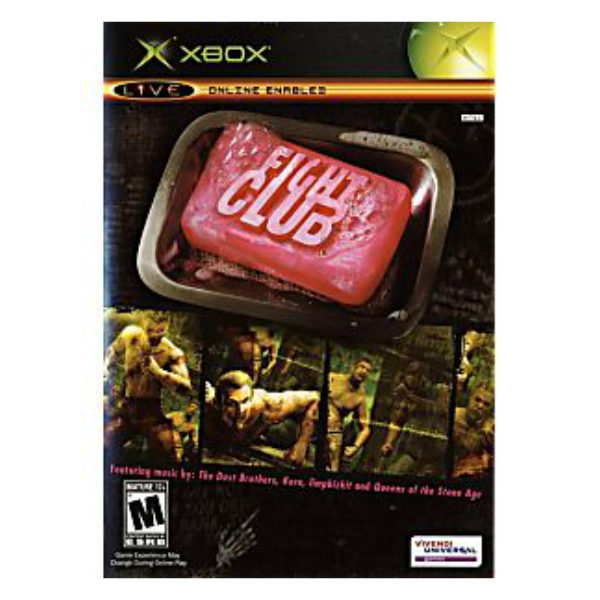 Item does not come with game manual but it does come with original case. Case has some minor scuffing. Disc has been professionally resurfaced and has a mirror like finish with no scratches. Some minor buffing markings may remain. Please see all provided photographs for a visual representation of the item you will receive.

Fight Club is a 3D combat adventure built on lots of one-on-one, hand-to-hand, no-holds-barred fighting matches. Players are led through a violent storyline based on David Fincher’s popular 1999 film. They can design and play as their own Fight Club characters, and choose from three authentically designed street fighting styles: brawler, grappler, or martial artist. Characters featured from the film include Jack and Tyler, Ricky, Bob, Lou, and even the unlucky/lucky convenience store clerk, “Raymond K. Hessel.” Combatants display the damage they’re dealt in real-time, through blood and bruises that appear on their bodies. Toward the end of a match, when an opponent is almost defeated, an icon appears onscreen to let players know that bones could be broken and a dramatic victory assured. But really, we’re not sure we’re supposed to be talking about this….