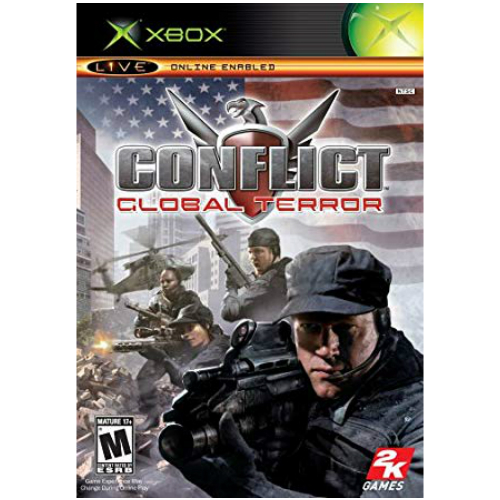 Item includes game manual and original case. Case has some slight shelf wear. Disc has been professionally resurfaced and has a mirror like finish with no scratches. Some minor buffing markings may remain. Please see all provided photographs for a visual representation of the item you will receive.

Conflict: Global Storm brings the Conflict series into the 21st century! Take control of a highly trained, quick response counter terrorist squad in the near-future. The 21st century will be a global battlefield as you respond to terrorism. Generations of hatred fuel the enemy, keeping them angry and fighting against superior weapons and tactics — sometimes even giving them an advantage. Your goal is to shut down their threats to national security before they go too far! New character actions – Vault over objects and walls, climb through windows, rappel from helicopters and utilize zip-lines and ladders Issue entire team or individual soldier orders via an intuitive and rapid control system Online co-op play for up to 4 people, plus split-screen multiplayer