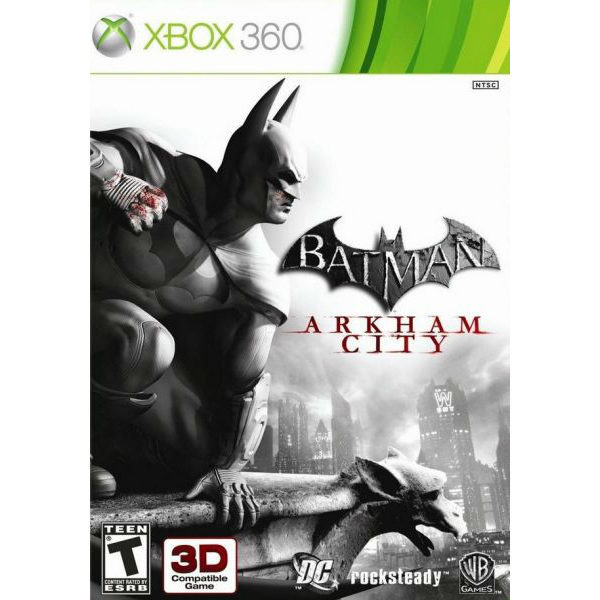 Item shows signs of average use and does not include manual. Disc is in good condition with no scratches. Please see all provided photographs for a visual representation of the item you will receive.

Batman is back in “Batman: Arkham City” for the Xbox 360. In this adventure, Dr. Hugo Strange has transformed a quarter of Gotham into a new prison. When Strange deduces that Bruce Wayne is Batman, he has him arrested and thrown into prison. Batman is in a race against time as he needs to stop Hugo Strange from unleashing the mysterious Protocol 10. However, Batman also has to fight against the villains he put into prison in the first place. Classic Batman Rogues like Calendar Man, Harley Quinn, Joker, Catwoman, and Riddler all stand in your path. The plot is significantly darker than your average “Batman” tale, showing off a new side of the caped crusader. Even though it is a sequel to “Arkham Asylum,” you don’t need to play the game to understand the story. This game was developed by Rocksteady Studios and published by Warner Bros. Interactive Entertainment. “Arkham City” had a release date of 2011 on the Microsoft Xbox 360.Gameplay in “Arkham City” is similar to the previous game. However, in “Arkham City,” you now have a larger world to explore rather than the asylum from the first game.