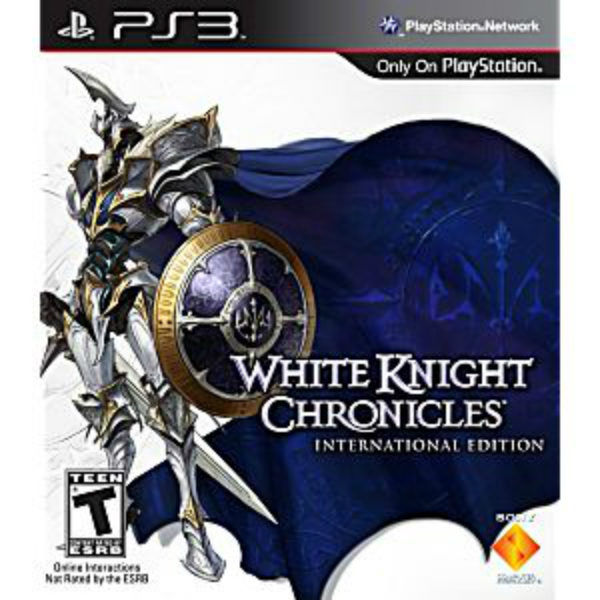 Item includes game manual and case. Case has minor shelf wear. Disc is in good condition with no scratches. We have tested and verified that this item functions as it should. Please see all provided photographs for a visual representation of the item you will receive.

White Knight Chronicles is a console-style role-playing game designed exclusively for PlayStation 3, set in a fantasy world of magic, monsters, and melee combat. Battle progresses with a real-time flow, in which players can control any character in their party, but only one at a time. The other characters fight according to a detailed combat script that the player sets up before the fight begins. Action Chips accumulate during combat, filling a gauge in the corner of the screen, and these can be used to create powerful combo attacks that do extra damage. Action Chips are also used to allow the game’s hero to transform into the White Knight, a towering and powerful armored warrior who can grant bonuses to teammates in battle. The story begins at the coming-of-age banquet for the beautiful Princess Cisna, which is unceremoniously interrupted by a mysterious warrior called Dregias who can transform himself into a huge and imposing Dark Knight. The princess is rushed away from this would-be-kidnapper by a brave young man named Leonard, and together they discover a set of magical armor which allows him to transform into the equally daunting White Knight.