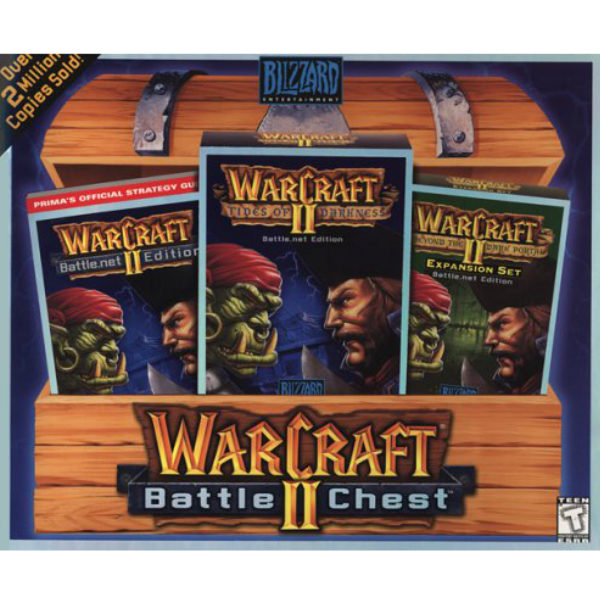 Warcraft 2 Battle Chest Tides of Darkness Beyond the Dark Portal

Factory sealed. Box has some shelf wear, notably a dented corner on the top right. Please see all provided photographs for a visual representation of the item you will receive.

Both orc and human perspectives are supported through an equal division of the game’s 28 campaign scenarios. The game contains new features such as the “fog of war” option that elevates strategic planning to a higher level, much larger maps, and combined-arms tactics. Units in the sequel include Elvin archers, gryphons, death knights, battleships, airships, dragons, and more.

For fans craving additional scenarios, both a sound and map editor has been included, ensuring longer life of the product. Multi-player for up to eight players is supported via LAN, modem, or direct link, with the latter two accommodating two players. The Macintosh version supports the AppleTalk network and TCP/IP connections.

WarCraft II: Beyond the Dark Portal Battle.net Edition features over two dozen new levels for orc and human campaigns, with over 50 custom scenarios. You will fight on a new map scenario upon the orcs home world, and you’ll also meet several new dynamic heroes such as the Arch Paladin, the all-powerful mage, a female elvin ranger, an orc with one hand, and more.