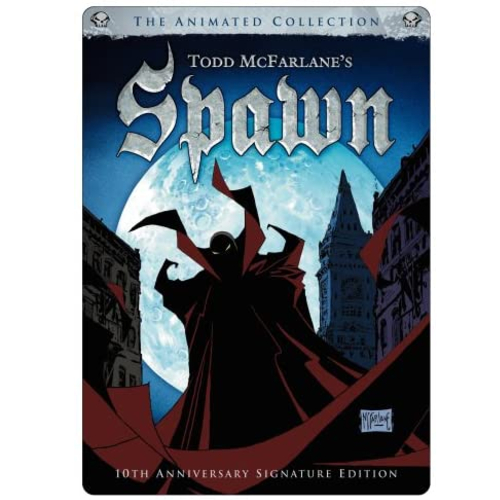 Ten years ago, the world first encountered Todd McFarlane’s Spawn, a dark and thrilling series that forever changed the landscape of television animation.

Al Simmons was once a man…now he’s a hellspawn, battling the f-rces of evil on earth, and in himself. Gradually discovering the terrifying power he possesses, Spawn fights to uncover the truth about his identity and fulfill his destiny.

Based on the classic comic book created by Todd McFarlane, this Emmy-winning series comes alive once again on a new signature edition 4-disc set with all 18 episodes digitally remastered, and with over 3 hours of bonus material. Now’s your chance to journey back into the dark city alleys and witness the ultimate battle against evil.