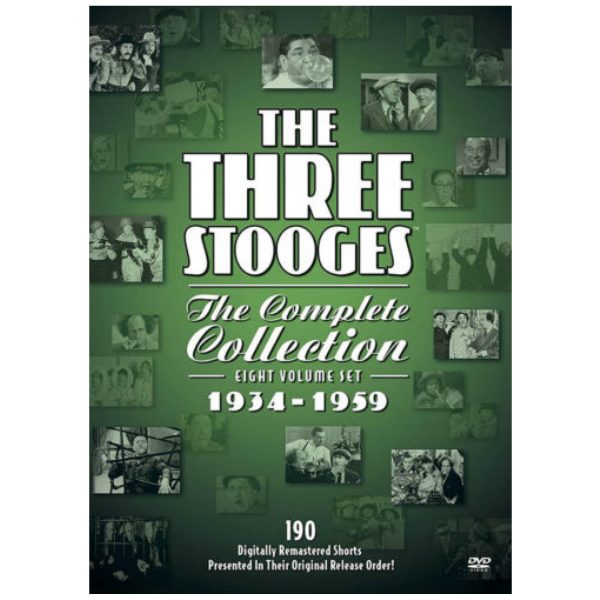 The Three Stooges’ golden years of comedy, from first 1934’s sidesplitting WOMAN HATERS – to last – 1959’s SAPPY BULLFIGHTERS.
More than 75 years after Moe, Larry and Curly first teamed up to entertain us, The Three Stooges are comedy legends who, to this day, remain unparalleled in their success and popularity. Their unique brand of slapstick humor and physical comedy has influenced legions of performers and lives on in such contemporary icons as Robin Williams and Jim Carrey.

Moe Howard, Larry Fine, Curly Howard, Shemp Howard and Joe Besser have left an indelible mark on the history of comedy which will remain for years to come.