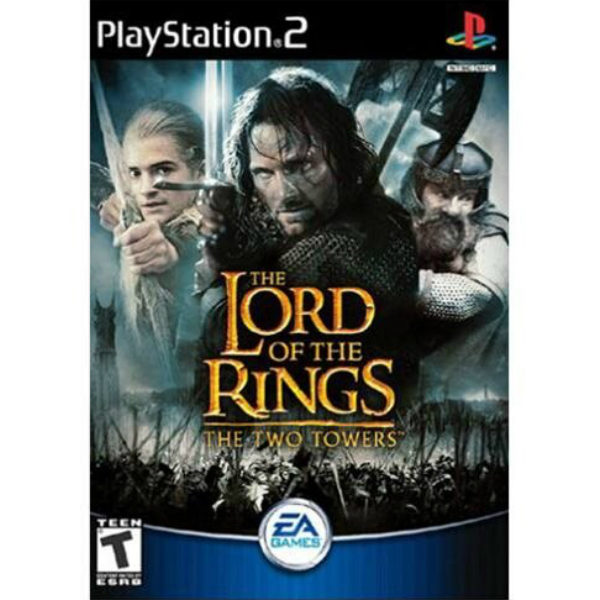 Item includes game manual and original case. Case has a small rip on the spine and minor shelf wear. Disc has been professionally resurfaced and has a mirror like finish with no scratches. Some minor buffing markings may remain. Please see all provided photographs for a visual representation of the item you will receive.

The Lord of the Rings: The Two Towers is a beat-’em-up action title that follows events from the first two films in the movie trilogy, which is based on the novels of J.R.R. Tolkien. The game is inspired by the battle scenes found therein. The story is told through footage from the movie that slowly melds to in-game cinematic screens, all explaining the origin of The Ring and those who covet it. Players choose from three warrior characters, patterned after their onscreen personas: Legolas the Elf, Aragorn the Ranger, or Gimli the Dwarf. Then, embark on a quest that spans a multitude of levels. Players will revisit such familiar locales as Fangorn Forest and the Mines of Moria.