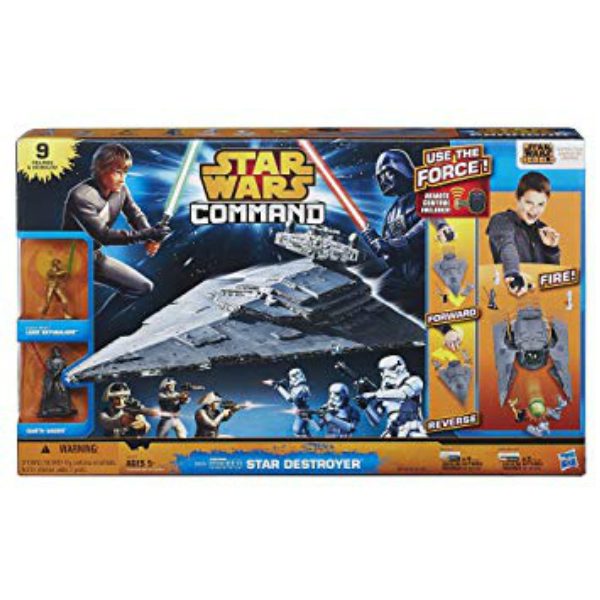 Item is in good used working condition. We have tested and verified that the vehicle and remote function as they should. Included with this listing is the vehicle, remote, 8 figures and 4 balls. Vehicle shoots balls as it should. About 15 inches in length. Please see all provided photographs for a visual representation of the item you will receive.

The galaxy is in turmoil. Rebel spaceships are striking out against the evil Galactic Empire and the forces of the dark side. The Empire’s sinister agents are intent on flushing out Rebel spies and crushing the Rebellion forever! Will you lead the Rebellion and take on the powerful Imperial armies? Or will you give in to the power of the dark side and impose order on the galaxy by tyranny and force?

Re-create the epic battles of Star Wars! Or create your own new battles by facing off armies of Stormtroopers and Imperial forces against Rebel Soldiers and Lightsaber-wielding Jedi.

Star Wars Command figures and vehicles put the fate of the galaxy in your hands. You’re in command!