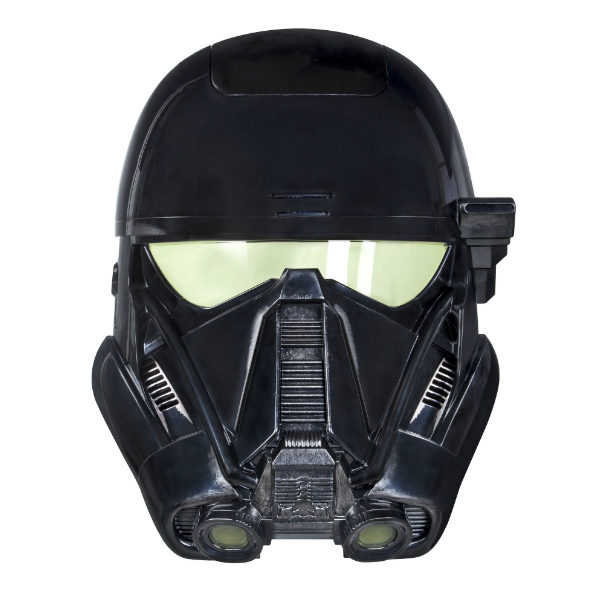 Item is brand new and still strapped in to the retail packaging. Item has been in a retail environment and shows shelf wear, some scuffs on the product due to the open packaging. The retail packaging is worn and torn in spots, with some adhesive clear tape in spots. Please see all provided photographs for a visual representation of the item you will receive.

Jedi Knights, Sith Lords, Stormtroopers, X-Wings, Star Destroyers, AT-AT Walkers, droids, Wookiees, Insurrection heroes, and more! Discover the exciting stories of good as opposed to evil in a galaxy far, far away with the Imperial Death Trooper Voice Changer Mask from Star Wars: Rogue One! Battle the Rebels as an Imperial Death Trooper with this electronic mask that transforms your voice into the elite soldiers of Imperial Intelligence while you speak! Consider what it’s like to put in force the easiest orders of the Empire at the back of this dark-gleamed electronic mask that’s a movie-accurate reproduction of these ominous soldiers’ armor! Anonymous and brutal, Death Troopers serve as bodyguards and enforcers for Director Krennic, a highly-placed and cunning officer inside the Advanced Weapons Research division of the Empire. Put yourself straight into the middle of the action and defend the Empire with this awesome Imperial Death Trooper Voice Changer Mask from Star Wars: Rogue One, and re-create the entire moments from the Star Wars saga with this and other role play toys from Hasbro Star Wars.