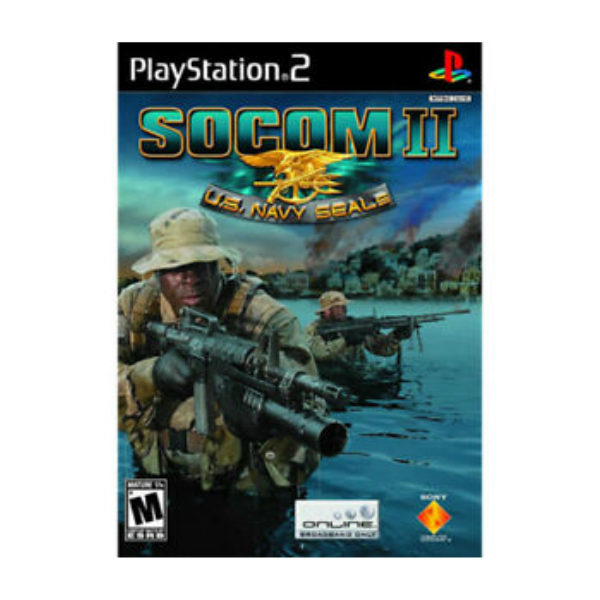 Item includes game manual and original case. Case has very minor shelf wear throughout. Disc has been professionally resurfaced and has a mirror like finish with no scratches. Some minor buffing markings may remain. Please see all provided photographs for a visual representation of the item you will receive.

Sony’s first online game for PlayStation 2 to require a broadband connection receives a sequel with the release of SOCOM II, offering more multiplayer modes, new single-player missions, more weapons, and a number of other added features. Players will lead their four-man team of SEALs on a series of 12 single-player missions that will take them across the globe to such destinations as Albania, Brazil, Russia, and Algeria. Instead of focusing on real-world events, the developers opted instead for fictitious terrorist scenarios that would be plausible given 2003’s political climate.