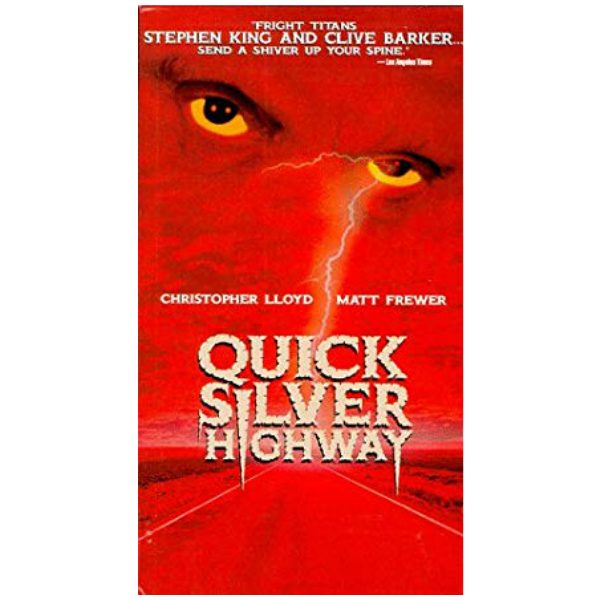 Notable shelf wear and aging. Otherwise good working condition. Please see all provided photographs for a representation of the item you will receive.

Quicksilver Highway is a 1997 horror film directed by Mick Garris. It is based on Clive Barker’s short story “The Body Politic” and Stephen King’s short story “Chattery Teeth”. The film was originally shown on television before being released on video. The main story is centered on Aaron Quicksilver (played by Christopher Lloyd), a traveling showman who tells horror stories to the people he meets. He first runs into a newly married couple who are hitchhiking, to whom he tells the story “Chattery Teeth”, about a man who is saved from a dangerous hitchhiker by a set of wind-up toy teeth. He later runs into a pickpocket to whom he tells the story “The Body Politic”, a story about a man whose hands rebel against him.