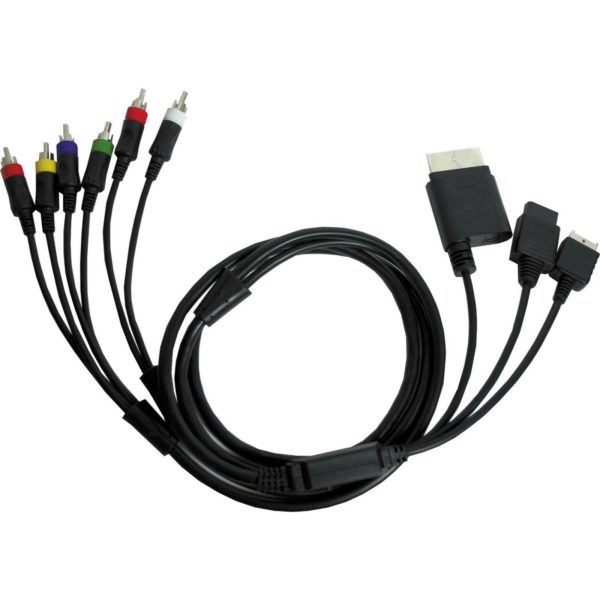 Item shows signs of inspection/handling/assembly but shows no evidence of being used for its intended purpose. Please see all provided photographs for a visual representation of the item you will receive.

Connect your gaming console to your A/V equipment with the universal Component Audio/Video Cable with Gaming Console Adapters. This cable has five male RCA connectors, two for audio signals and three for video. The other end has built-in adapters for Xbox 360, Nintendo Wii, and Sony PS2/PS3 consoles.