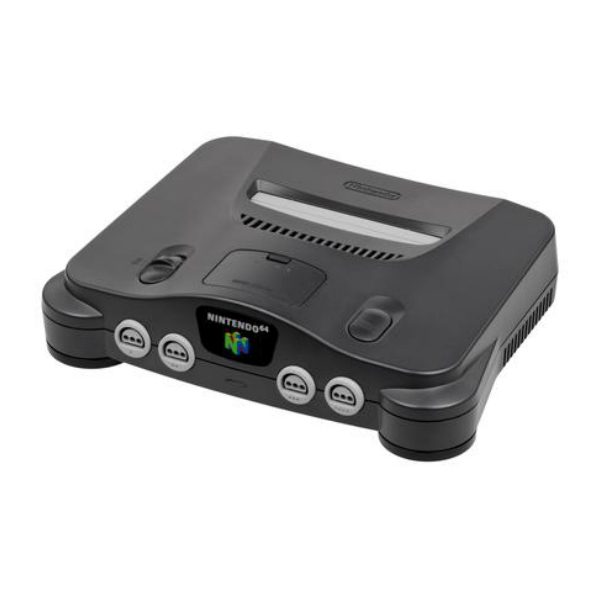 Item shows light wear from normal use. Joystick controller’s center joystick is a little loose but functions as intended. Item has been fully tested to verify it is functioning properly. Please see all provided photographs for a visual representation of the item you will receive.

The Nintendo 64, often abbreviated to N64, is Nintendo’s third major home video game console. The console leaped from 16 bit sprite-based graphics into a polygon world thanks to its powerful 64-bit CPU and GPU, thus giving the console its name. The Nintendo 64 would be Nintendo’s last home console to use cartridges until the Nintendo Switch, though Nintendo’s handhelds would continue to support the format.