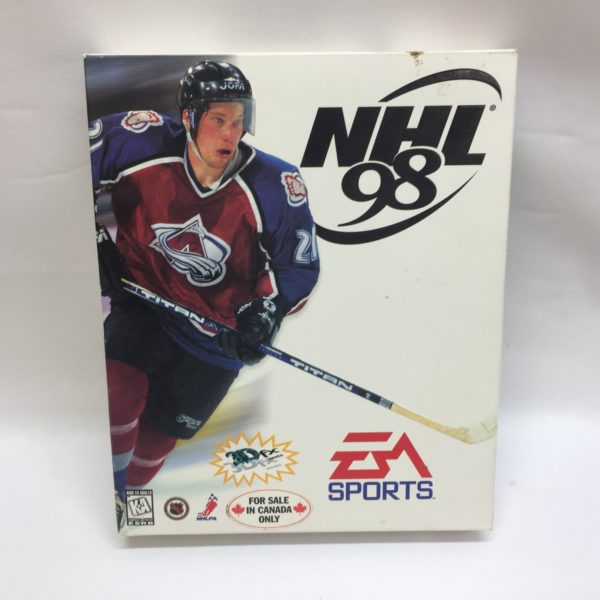 The box itself has been opened and shows signs of shelf wear with fraying around the corners and edges as well as sticker residue. However the contents are still factory sealed and show no signs of being opened. Please see all provided photographs for a visual representation of the item you will receive.

Get some intense ice-hockey action and join Jim Hughson as he returns for the play-by-play with Daryl Reaugh’s commentaries in NHL 98! Play along with the star player Vladimir Konstantinov for the last time!

NHL 98 is an ice hockey Sports video game, developed by Al Baker and Associates and published by EA Sports, back in 1997. The game follows NHL 97 and is the last installment of the NHL series to be released for the Sega and other classic home consoles. As the final classic entry of the series, NHL ’98 features one of the most advanced graphics at the time with 3D game court and players. Gameplay and mechanics are identical to the previous title with improved AI. Good luck and have fun!