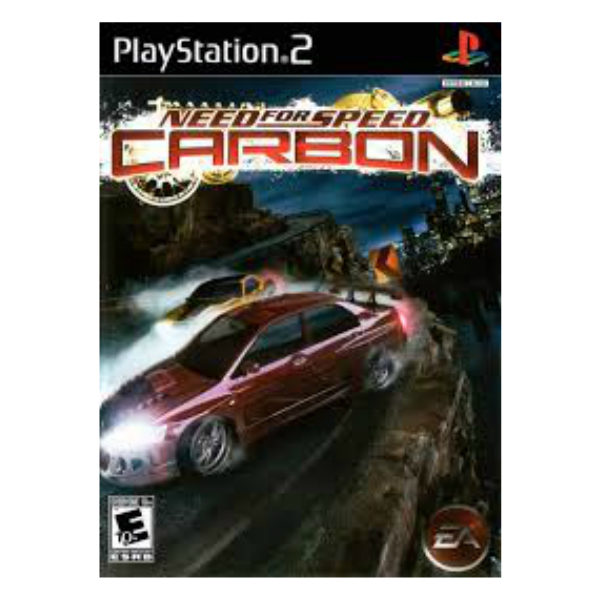 Item includes game manuals and original case. Case has some shelf wear on front. Disc has been professionally resurfaced and has a mirror like finish with no scratches. Some minor buffing markings may remain. Please see all provided photographs for a visual representation of the item you will receive.

Packed with exciting race modes and thrilling action, “Need for Speed: Carbon” is a top racing game for the PS2. This exciting racing game for Sony PlayStation 2 immerses the player in the deadly world of underground racing. “Need for Speed: Carbon” takes place in Palmont City, the setting of prior games in the “Need for Speed” series. It starts out with a flashback scene that lets you compete against three other characters, and the scene ends with an epic police chase. You’ll jump right from that race into the fast-paced gameplay. Once a bounty hunter appears on the scene, you will find yourself competing on multiple tracks to win big money and clear your name.”Need for Speed: Carbon” for the PlayStation 2 comes with several modes of play, letting you change the gameplay with each run. Race modes include drift, circuit, sprint, and tollbooth. Tollbooth requires you to check in at various spots on the map in the allotted time. Sprints are shorter runs while circuits are longer competitions around a specific track. With drift races, you’ll need to drift around corners to improve your time. Unlocking new moves will help you drift and complete other runs even faster. The game also comes with a career mode that lets you compete against lower-ranking characters to improve your reputation in order to unlock new locations and new characters to compete against