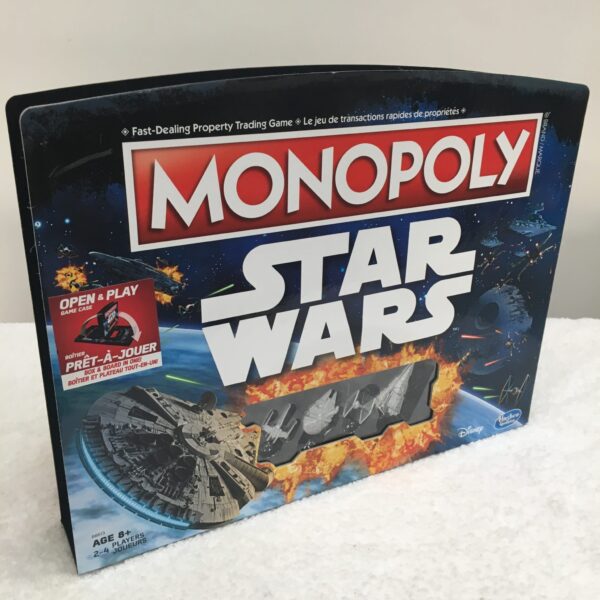 It’s the Monopoly game transported to the world of Star Wars! In this Monopoly game: Star Wars Edition, players move around the board in their favorite ship and embark on a quest to build their own galactic empire. The gameboard features iconic locations from the Star Wars films including Hoth, Tatooine, and Kashyyyk. The game has an added element where players can use the Force to perform special abilities allowing them to do actions such as swap, steal, and collect extra money. Open and Play gameboard folds into a case for quick and easy storage.

This item is verified by us to be 100% complete.
The condition of this item is very good however the case/box for the game does not fully snap shut (see photographs)