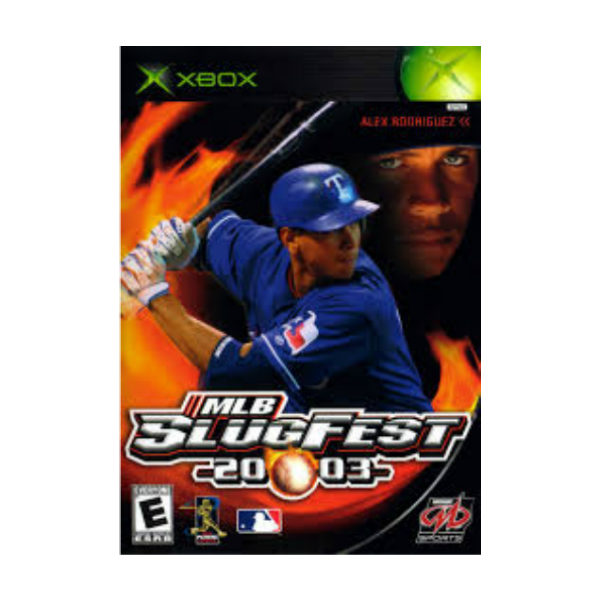 MLB SlugFest 20-03 is Midway’s first crack at the national pastime after releasing arcade-style takes on basketball, football, hockey, and soccer. As the title implies, action is designed to be a big part of the game, with pitchers having the option to throw bean balls at batters and exaggerated animations used to portray collisions, turbo throws, and leaps defying the laws of gravity. While the action may be unrealistic, the game does feature an official Major League Baseball license for authentic teams and stadiums.

The action is viewed from a traditional perspective looking through the eyes of the catcher, with the camera switching to either the diamond or outfield once the ball is put into play. Pitching involves selecting one of four pitches and then its location before carrying out the throw. Hitting uses a timing-based system with options for a more powerful swing, bunt, and to have a base runner steal. What sets SlugFest apart from typical baseball games is the ability to use turbo while at the plate, on the mound, and in the field.