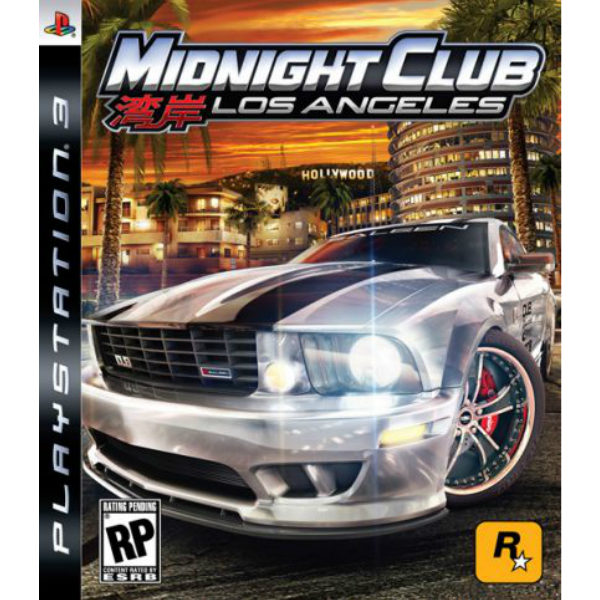 Item includes map of the game, game manual and case. Disc is in good condition with no scratches. We have tested and verified that this item functions as it should. Please see all provided photographs for a visual representation of the item you will receive.

Rockstar’s Midnight Club racing series makes its first appearance on next-gen consoles after a three-year hiatus. Instead of solely focusing on the nighttime racing scene, Midnight Club features a 24-hour day-night cycle set in densely populated Los Angeles. Powered by the same graphics engine used in Grand Theft Auto IV, the title offers arcade-style racing from either a behind-the-car perspective or a dashboard viewpoint with working dials and animated steering wheels. There are no longer menu screens to navigate or linear missions to follow. The entire city is available to explore from the start, so players are free to travel wherever they want, looking for opponents to challenge in races designed to test their driving prowess. Up to four players can compete simultaneously online via PlayStation Network.

Reputation points earned from races can be traded in for new vehicles, performance parts, and special race invitations. The digital version of Los Angeles is the largest city featured in a Midnight Club game to date. Spanning an area larger than all three cities combined in 2005’s version, Midnight Club: Los Angeles has players switching between an aerial perspective to plan routes and a street level view to prowl for potential events. Initiating races involves flashing the vehicle’s lights to signal an opponent and then driving to a designated start point. Any damage received while driving or racing can be repaired at various garages. Multiple vehicle types are available from different eras and include motorcycles. Midnight Club: Los Angeles also features a licensed soundtrack by popular recording artists.