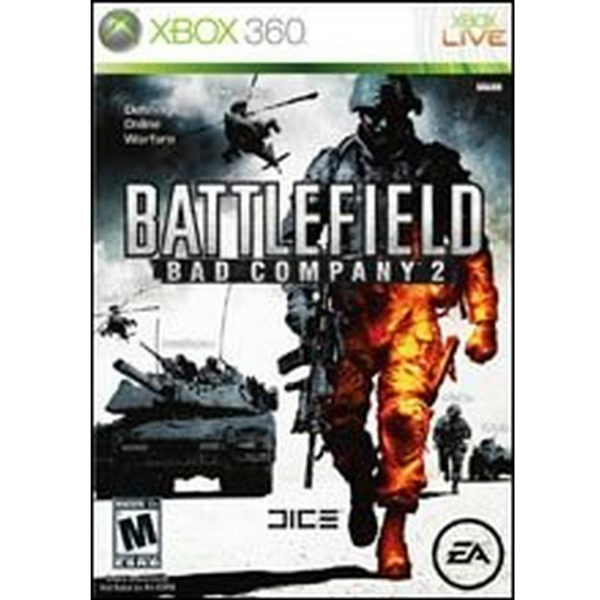 Item comes in original case and does not include game manual. Any codes included with this item should be considered used.
Disc has been professionally resurfaced and has a mirror like finish with no scratches. Some minor buffing markings may remain. Please see all provided photographs for a visual representation of the item you will receive.

While Bad Company 2 is primarily a first-person shooter, it follows other games in the series by allowing the player to control certain vehicles, including ATVs, APCs, tanks, and helicopters. On foot, players are given access to a variety of real-world small arms such as assault rifles and machine guns. Players can also jump, crouch, and sprint. They can carry one primary weapon and a pistol in multiplayer, or two primary weapons in single-player, as well as grenades and other equipment. Players can fire “from the hip”, but zooming in and using iron sights, reflex sights, or telescopic sights (depending on the weapon) will provide much better accuracy when shooting.