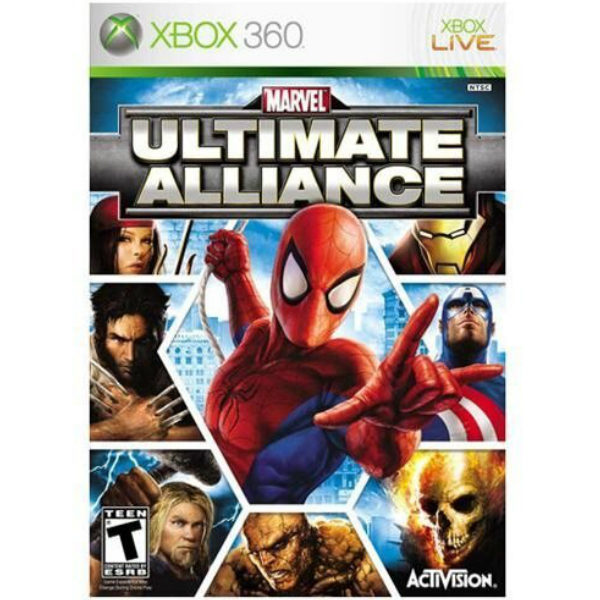 Air out the tights, slip on the mask, don the cape, and prepare to flex some muscles in Marvel: Ultimate Alliance, an action role-playing game featuring the largest cast of costumed crusaders and mutant messiahs in a video game to date. Twenty Marvel superheroes have joined forces to combat the diabolical Dr. Doom and his Masters of Evil. The action will take players to Atlantis, the Skrull home world, the S.H.I.E.L.D. Heli-Carrier, and more as they guide a four-person party through 17 comic book-inspired locales. Moves include a flurry of air and ground strikes, from grapples and blocks to chargeable powers and deadly combos. Objects within the environment can also cause damage, and a choice of one- and two-handed weapons can help less extraordinary heroes mete out justice against throngs of enemies. Both the Xbox 360 and PlayStation 3 versions add a number of visual enhancements to the action, including dynamic lighting effects, articulated body parts, and more.