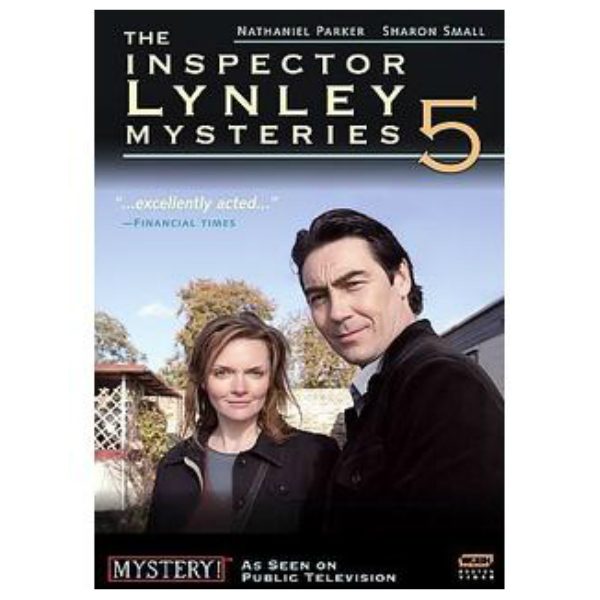 Item is an open box product. Case shows signs of mild shelf wear. Item is verified to be complete. Please see all provided photographs for a visual representation of the item you will receive.

Detective Inspector Lynley (Nathaniel Parker) and Detective Sergeant Havers (Sharon Small), Elizabeth George’s crime-cracking duo from opposite sides of the tracks, are back in four intriguing new mysteries. Originally airing on BBC1, the fifth series begins with Lynley suspended from duty for alleged brutality, pending the outcome of his disciplinary hearing in “Natural Causes” (originally aired July 20, 2006). Havers teams up with a different detective inspector, Fiona Knight, to investigate the drowning of a young woman in her car. But things aren’t as simple as they seem, and Lynley can’t resist lending a hand to reveal a new lead in the case. Lynley has been reinstated in the following episode, “One Guilty Deed” (July 27th), and joins Havers and Detective Constable Winston Nkata in trying to catch a crime boss. But when their star witness is found shot dead at the place where Havers spent her childhood holidays, she becomes convinced that cracking a 20-year-old unsolved murder involving a local child will provide answers to both murders. Lynley and Havers are catapulted into the bizarre world of Internet vice in “Chinese Walls” (August 3rd), when they investigate the brutal death of Emily Proctor, a young barrister who had been moonlighting for her sister’s online porn site. Meanwhile, Lynley rekindles his relationship with his estranged wife, Helen. “In the Blink of an Eye” (August 10th) finds Lynley and Havers investigating the death of paparazzi photographer Peter Rooker, who is found beaten and shot in London’s Soho district. The mystery leads them all the way to a 1995 massacre in Bosnia and brings tragedy for Lynley when Helen gets involved in the investigation.