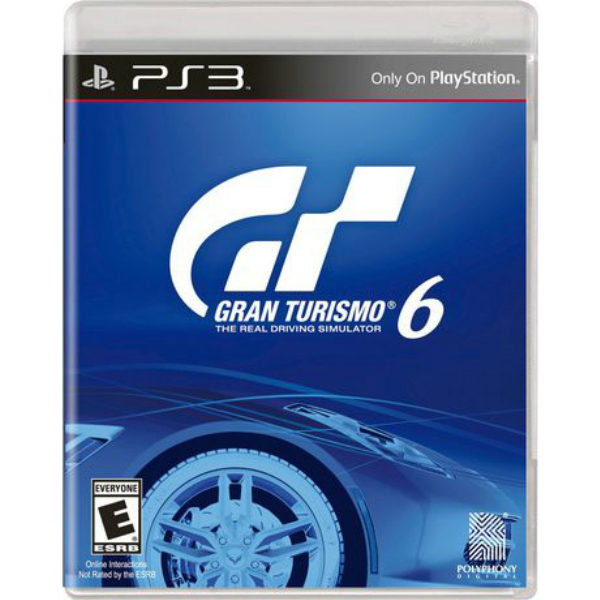 Item includes case. No game manual. Disc is in good condition with no scratches. We have tested and verified that this item functions as it should. Please see all provided photographs for a visual representation of the item you will receive.

“Gran Turismo 6: 15th Anniversary Edition” is the sixth installment in the popular Gran Turismo series of video games, developed by Polyphony Digital. Designed and built exclusively for the Sony PlayStation 3, “Gran Turismo 6” is a driving simulator with a diverse selection of cars as well as numerous tracks and a challenging campaign mode. With a release date of the 15th anniversary of the first Gran Turismo, the game includes classic cars, tracks, and even in-game branding that alludes to earlier games in the series. Complemented by online competitions and downloadable content, “Gran Turismo 6: 15th Anniversary Edition” is the ultimate racing game for the PS3.This special edition of GT6 builds upon “Gran Turismo 5” and earlier games for previous PlayStation consoles, incorporating most of the cars and tracks within those games as well as adding a few more. This results in a total of over 1,200 vehicles, making this anniversary edition one of the most comprehensive video games regarding vehicle selection. In addition to the Chevrolet Corvette C7 featured on the cover, gamers can race the Audi R8 LMS, Ford Focus ST, SLS AMG, Alpine A110, Shelby GT500, Ford GT3, Lotus Europa, Renault Sport, Volkswagen Scirocco, Audi Sport, and BMW Z4, among others.