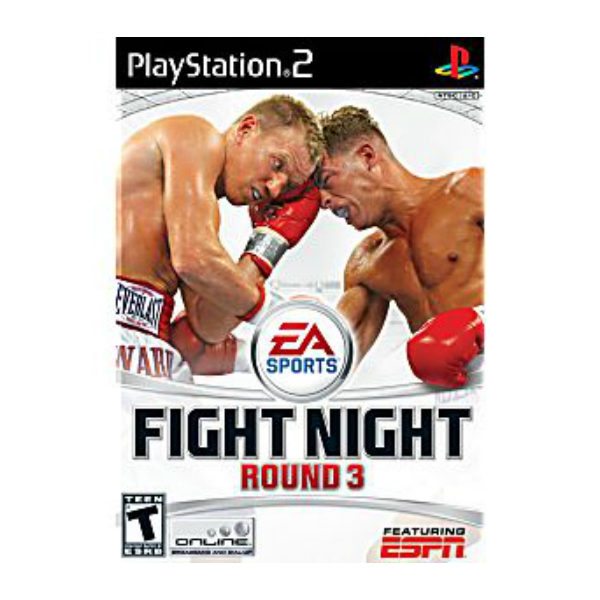 Item includes original case but does not include the game manual. The case has very slight shelf wear. Disc has been professionally resurfaced and has a mirror like finish with no scratches. Some minor buffing markings may remain. Please see all provided photographs for a visual representation of the item you will receive.

Fight Night: Round 3 makes its PlayStation 3 debut with a graphics engine that allows players to gauge their rival?s health and energy simply by watching his dynamic facial expressions and body cues. The analog punch system from the 2005 version has returned with new punch types, each of which can shift a fight?s momentum if landed correctly. The haymaker punch is now harder to connect, but it is also more powerful. The new flash KO punch can overpower a boxer in one hit, putting him in the dangerous position of being knocked out, while the stun punch switches the default third-person view to a first-person perspective as players attempt to finish off their stunned opponent with a devastating blow. While these impact punches can change the course of a fight within a few seconds, they are considered high-risk swings that can leave a boxer vulnerable to counter moves.