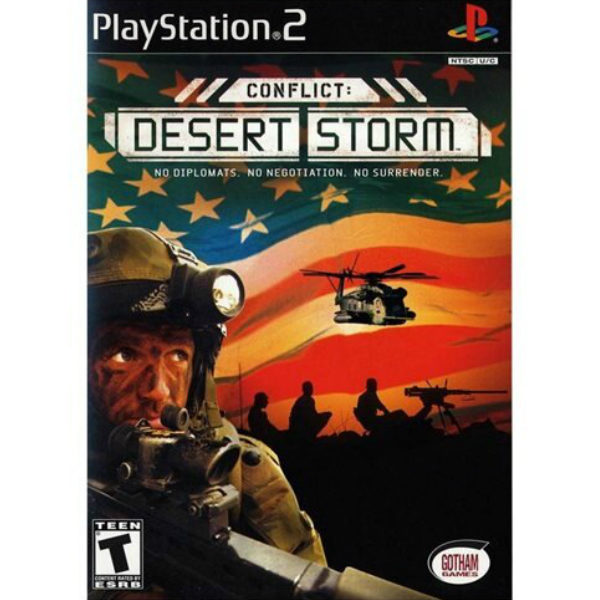 Item does not include game manual however it does include original case. Disc has been professionally resurfaced and has a mirror like finish with no scratches. Some minor buffing markings may remain. Please see all provided photographs for a visual representation of the item you will receive.

The Gulf War is the setting for this squad-based shooter, which has players guiding a four-man team of Special Forces soldiers through a variety of missions and battles. Tactical elements include positioning troops in key locations and using stealth to avoid detection in heavily guarded compounds. Weapons run the gamut from the silent swish of a knife to the steady rattle of a heavy machine gun, and players will be able to call upon Allied Forces to launch cruise missiles or fire artillery at requested targets. Conflict: Desert Storm also allows players to commandeer jeeps and helicopters at various points during the campaign.