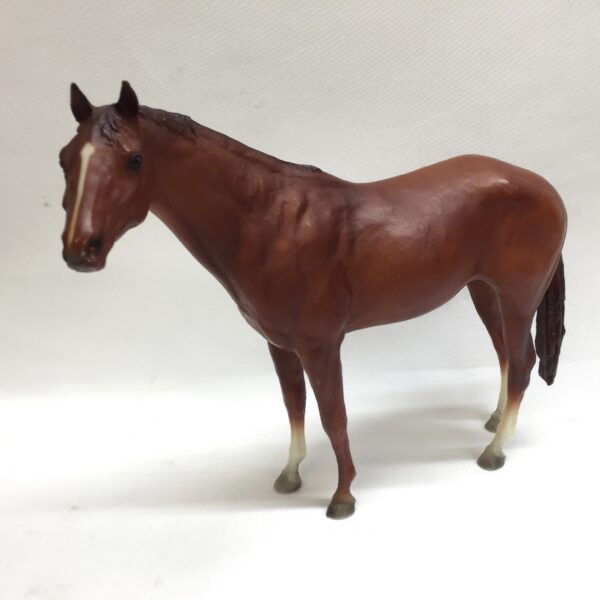 Secretariat (March 30, 1970 – October 4, 1989) was an American Thoroughbred racehorse who in 1973 became the first Triple Crown winner in 25 years. His record-breaking victory in the Belmont Stakes, which he won by 31 lengths, is widely regarded as one of the greatest races in history. During his racing career, he won five Eclipse Awards including Horse of the Year honors at ages two and three. In the List of the Top 100 American Racehorses of the Twentieth Century, Secretariat is second only to Man O’ War (racing career 1919–1920), who also was a large chestnut colt given the nickname “Big Red”.

Good condition, some minor paint loss on ear/nose/rear (see photos). Clean. Please see all provided photographs for a visual representation of the item you will receive.