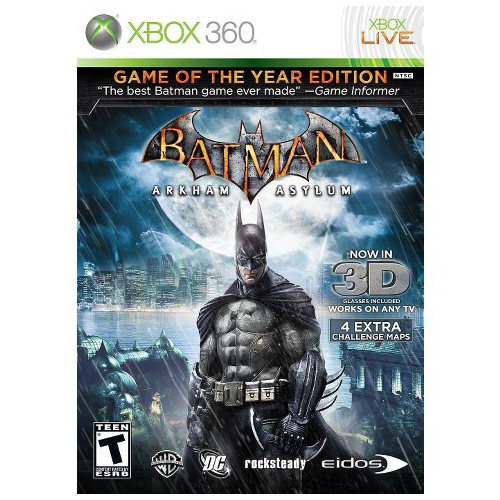 Item includes game manual and original case. Disc has been professionally resurfaced and has a mirror like finish with no scratches. Some minor buffing markings may remain. Please see all provided photographs for a visual representation of the item you will receive.

Batman: Arkham Asylum returns with a Game of the Year Edition. Batman: Arkham Asylum launched to critical acclaim in summer 2009 and has often been referred to as the ‘best license game ever’ and a ‘must buy’ on gaming websites and magazines. It’s been praised for delivering a compelling mix of action, stealth and puzzle-solving game-play tied with a dark original storyline penned by five-time Emmy award winner Paul Dini and supported by a famous cast of voice actors, including Mark Hamill as The Joker and Kevin Conroy as Batman.