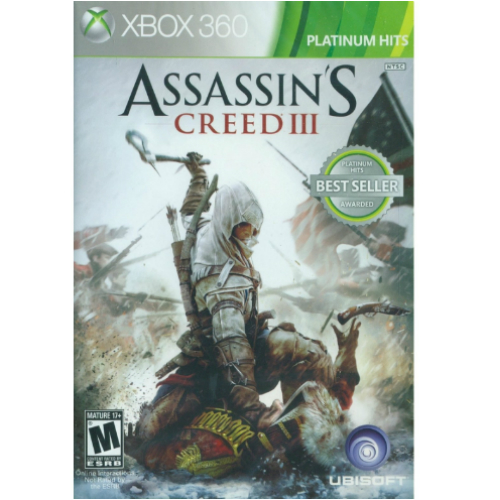 Item does not include game manual but it does come in the original case. Case has some shelf wear. Disc has been professionally resurfaced and has a mirror like finish with no scratches. Some minor buffing markings may remain. Please see all provided photographs for a visual representation of the item you will receive.

The first game in the Assassin’s Creed franchise is set in 1191 AD, when the Third Crusade was tearing the Holy Land apart. Shrouded in secrecy and feared for their ruthlessness, the Assassins intend to stop the hostilities by suppressing both sides of the conflict. Players, assuming the role of the main character Altair, will have the power to throw their immediate environment into chaos and to shape events during this pivotal moment in history. Features *Be an assassin: Plan your attacks, strike without mercy, and fight your way to escape. *Realistic and responsive environments: Every action has consequences. Crowds react to your moves, and will either help or hinder you on your quests. *Action with total freedom: Eliminate your targets wherever, whenever, and however. Do whatever it takes to achieve your objectives.