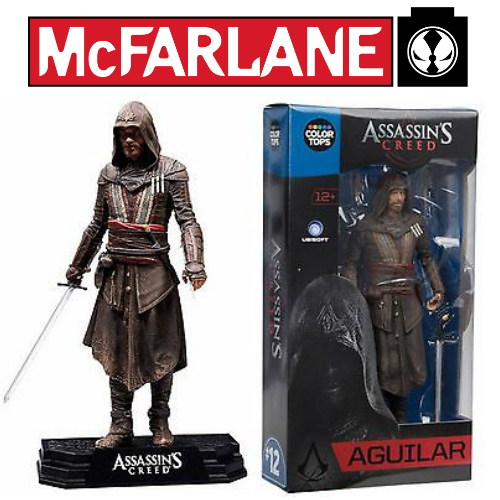 Item is  new in sealed retail packaging. Please see all provided photographs for a representation of the item you will receive.

Aguilar is a Warrior in 15th century Spain, during the inquisition. An assassin who fights for freedom against powerful forces seeking to eradicate it, aguilar possesses incredible park our fighting abilities. 500 years later, aguilar’s memories continue to exist within his descendant callum Lynch. Once unlocked, callum experiences these memories in the present day, allowing him to re-live aguilar’s thrilling adventures, while acquiring his ancestor’s powerful skills.