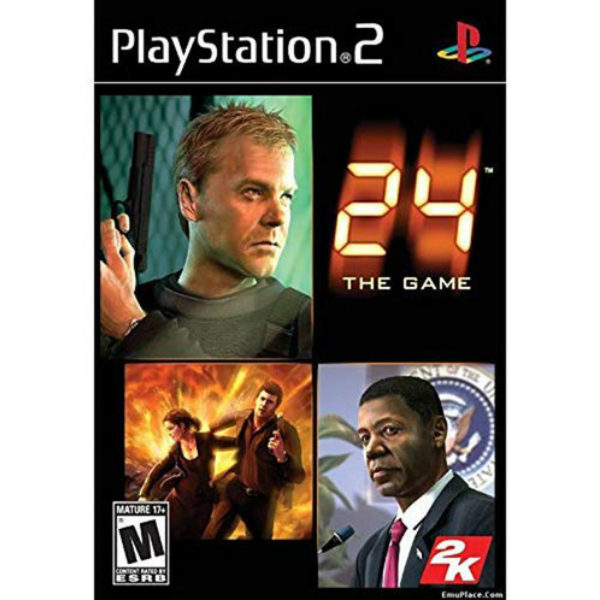 Item includes original case but does not include the game manual. Case has shelf wear throughout. Disc has been professionally resurfaced and has a mirror like finish with no scratches. Some minor buffing markings may remain. Please see all provided photographs for a visual representation of the item you will receive.

Time is running out, in this PS2-exclusive action-adventure by Sony Europe’s Cambridge Studios. Based on the popular Fox television series, the game puts players in the ephemeral role of Jack Bauer, an on-and-off special agent with the U.S. government’s “Counter-Terrorist Unit” (“CTU”). As in the television show, Jack has a mere 24 hours to prevent a global disaster. The game takes place between the events of the second and third seasons of the show, and has Jack investigating the failed assassination attempt of President David Palmer. Keifer Sutherland (Jack Bauer) and Dennis Haysbert (David Palmer), lend their likenesses and voice-acting to the game, along with Elisha Cuthbert (Kim Bauer) and Carlos Bernard (Tony Almeida).